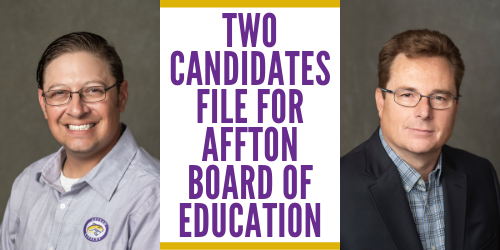 Two Candidates File for Affton Board of Education

Two candidates have filed for the two open positions on the Affton School District Board of Education. The candidates, in order of filing and as their names will appear on the ballot, are incumbents:

Michael Lorino has withdrawn his candidacy and his name will not appear on the ballot. However, in accordance with Missouri State Statute RSMo 115.124(1):